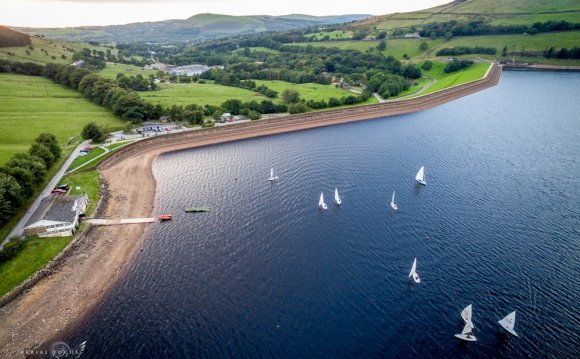 Good turnout through the home fleet, together with a smattering of visitors from Windermere, Bassenthwaite, RCYC and Burton sailing clubs, saw 16 boats in the water when it comes to very first competition. In an aggressive begin to a program which covered the distance and breadth of the reservoir, Steve Goacher with staff Tim Harper of Royal Windermere, were judged OCS by Officer of this Day Mark Rhan.

Tight racing on the list of remaining portion of the fleet saw Dovestone SC’s Andy McKee and Chris Massey (3805) in beginning, with David and Sally Mckee (4005) a close second and Mike Moore with team Kayla Sheard (3996) from Bassenthwaite in third at the end of the initial encounter associated with meeting.

Dovestone SC produced its typical enjoyable evening activity within the clubhouse, with wine tasting due to Waples Wine, followed by dinner and games – like the Pennine favourite of competitive nail-knocking because of the slim end of a hammer…

Day two regarding the available meeting dawned sunny with a light breeze. The total fleet put together early to capture the best of the wind with two back-back races in the morning. Steve Goacher led from the start of Race 4, but confusion concerning the finishing line meant he had been forced into third spot by Justin Waples and David Mckee who nipped passed away to take first and 2nd locations correspondingly. Race 4 implemented on quickly, with David Mckee using an earlier lead simply to come to be becalmed away from home to the club in weakening winds. A close struggle for the finish with McKees senior and junior chasing Steve Goacher who won completely during the final.