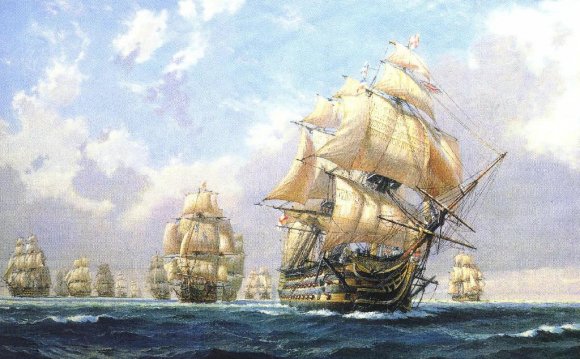 Around 1800, you'll have begun to begin to see the introduction of metal storage tanks for liquid, which may have changed several wooden drums in the ship's hold. By fat and volume, drinking tap water was the biggest resource continued a sailing ship - on lengthy voyages drinking water could total a number of hundred tons.

Normal water was not pumped round the ship, it will be decanted into smaller barrels that have been manually carried around the ship, towards the galleys for cooking plus larger drums regarding deck for sailors to drink from.

The stored water-supply could be supplemented by distilling seawater. Distilling products were being used since 1684 but also by 1800 the designs were still relatively ineffective. The distiller could be mounted on a tank of seawater across ship's kitchen stove. Steam from this hot tank would transfer a copper or metal pipe which ran through a tank of cold seawater. This could cause the pure(er) liquid to condense for collection in a tank or barrel at the end. Demonstrably, the method could only operate when problems allowed the ship's stoves to operate (and gasoline had been limited) and this wasn't a consistent supply of clean liquid.

Also without getting damaged, wood boats tended to collect rain and seawater. This would discover its solution to the best parts of the hull. The goal of the ship's pumps would be to draw this water out from the hull. This would either be pumped straight on the side, and/or water could be useful for functions including washing down the decks (and then swept throughout the side).

The pumps were by hand driven, which implied that vessels which had experienced violent storm or battle damage would discover crew needing to man the pumps all day at a time to help keep the ship from sinking. The quick runs of pumbling of these pumps (as well as for drainage through the porches) will be mainly lead and leather pipes, with copper or brass in some places.