Parts of a sailing Yacht 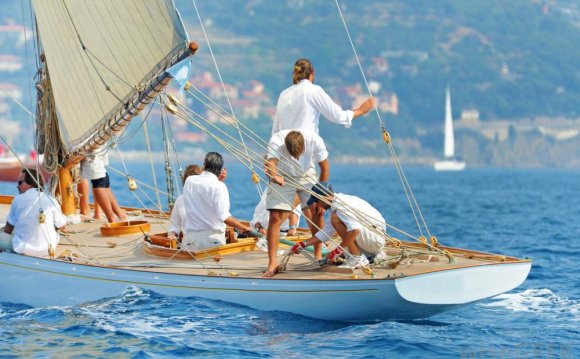 The normal sailboat comprises eight crucial components: hull, tiller, rudder, mainsail, mast, increase, jib and keel. The hull may be the shell of the boat, which contains most of the interior components. Its symmetrical shape balances the sailboat and decreases drag, or perhaps the backward pull due to friction, since it moves in the water. Inside of the hull in the stern, or back of the boat, is the tiller, which is attached to the rudder in the water. Think about the tiller because the watercraft's tyre therefore the rudder given that tire. To go a sailboat off to the right, like, you pull the tiller off to the right region of the vessel, causing the rudder to alter its path.

If you were to think associated with the tiller because the steering wheel, then sails as well as the keel are the machines. The mainsail is the larger sail that captures the majority of the wind power necessary to propel the sailboat. Its vertical side connects to the mast, a long upright pole, and its own horizontal part secures toward boom, a lengthy pole parallel into the deck. Sailors can rotate the boom 360 degrees horizontally from the mast allowing the mainsail to use as much wind as you possibly can. When they pivot the increase perpendicular to the wind, the mainsail puffs outward. Conversely, it goes slack when swung parallel into the wind. This freedom of movement enables sailors to catch the wind at whatever perspective it blows. The jib may be the smaller, fixed triangular sail that adds additional energy for mainsail. The keel, an extended, slim plank that juts out from the bottom of this hull, provides an underwater balancing force that keeps the vessel from tipping over. In smaller sailboats, a centerboard or daggerboard acts the same purpose since the keel, but could be raised or decreased in to the liquid to accommodate shallow water sailing.