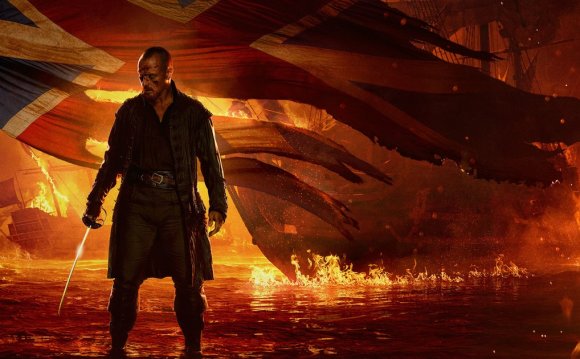 Today, Sparks & Shadows has actually released my soundtrack for, the bold brand-new pirate crisis from Starz and Michael Bay that premiered last weekend. To celebrate the production, I have posted my first in a few eight movie blogs chronicling my voyage about this unusual series. This week’s vlog, “The noise of Sails, ” provides a glimpse associated with unorthodox recording sessions that generated this original sound:

From the time Battlestar Galactica, my writing is actually more and more structured, culminating in the 1st season of Da Vinci’s Demons that has been, essentially, a five-hour symphony woven around a meticulously constructed music palindrome. That design of ancient composition could have utterly destroyed the gritty realism the producers strove for in Ebony Sails. We needed to revert returning to a primal innovative state: my goal would be to develop music that seems improvised by an exhausted staff aboard a ship navigating choppy oceans. I needed the audience to feeling soil beneath fingernails plucking jangly mandolin strings, to feel urgent strains of a hurdy gurdy crank, also to smell stale environment wheezing out-of old accordion bellows. To do this, I'd to reconsider my entire creative process and unlearn the outcome of a lifetime of classical music research.

I initially found out about Ebony Sails from showrunner Jonathan E. Steinberg, soon after our collaboration on the comic-book adventure sets Human Target. With Human Target, we'd a model: the swashbuckling movie ratings of Goldsmith, Williams and Bernstein. This time, it was clear that Ebony Sails would require the polar opposite approach—raspy imperfection as opposed to ancient thematic building, chaos in which there was clearly as soon as order. We threw completely any notions of employing a symphonic orchestra and built an innovative new ensemble from scrape.

From my very first sketches, the sound of Black Sails would plainly be defined by two devices: accordion and hurdy gurdy, both of which I occur to play myself! The very first time in my job, we instantly discovered myself a primary soloist in my own music.

The psychological result had been profound: I began composing because of the hurdy-gurdy rather than the piano. Nothing you've seen prior have I written songs with a musical instrument aside from the conventional keyboard.

For instrumentation of Ebony Sails, we centered mostly on typically precise noises: a sequence quartet, rhythm electric guitar trio, percussion duo and various historical solo instruments. Most of this merry band have worked beside me the better section of 10 years, and so they too needed to unlearn our old practices. The very first time, I relaxed my ruthless pursuit of rhythmic brilliance and intonation precision, and asked them not to ever play “too completely.” We had to fully redefine what it meant to play in tune. These intrepid musicians had the unenviable task of matching pitch against finicky ethnic guitars, exotic woodwinds, bagpipes, accordion and also the wobbling wail for the hurdy-gurdy.

To facilitate this method, my co-producer Steve Kaplan and I put a finite range provides to prevent united states from overthinking our shows. We assembled musicians into small ensembles and recorded all of them into the studio as well, a practice we'd typically prevented in the past. We encouraged the performers to improvise and respond to others surrounding all of them, enabling us to find the noise within the area collectively.

Tune in to the playful conversation amongst the bodhrán and bones in “The Banner of Captain Flint, ” or the “just loose adequate” rhythmic experience between your slithery fall guitar, stealthy fiddle and chugging ethnic guitar in “Streets of Nassau.” These grooves could not are accomplished by overdubbing soloists one at a time (believe me, we attempted!).