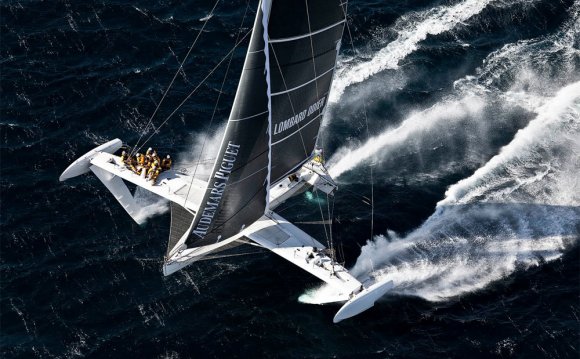 I think that is simplest to understand in the event that you make a simplifying assumption. Ignore airfoils and such. Think about the centerboard for the ship as a kind of skate, incapable of go laterally, but able to move forward or right back with almost no resistance. (Like an ice-boat.)

Likewise think about the sail as a thing that can progress quickly floating around, yet not laterally, just as if the atmosphere were a substance like jello, in addition to sail were a blade. Because situation, the boat will act as a match up between air together with water, within the feeling that if the boat moves forward within the water, the atmosphere must move sideways, because the sail is certainly not parallel aided by the centerboard. Likewise, if the air moves laterally, the ship must move forward (or straight back). The closer the sail is parallel into the centerboard, the more the ship must move.

Actually, the closer the sail is parallel towards the centerboard, the farther the boat must move, because neither sail nor centerboard can slide laterally with its method. In the limitation where in fact the direction draws near zero, the distance the watercraft must travel approaches infinity. This doesn't rely on the path the boat is directed, provided that it's not directly downwind or upwind. It really works on just about any point of sail.

Of course, there isn't zero drag inside water or perhaps the air, and element of air's power parallel traveling may get quite little, so taking a trip perpendicular to wind can provide best outcomes, which answers your concern. But remember every thing is dependent upon the direction between the sail together with centerboard. The closer, the quicker it may in principle get, if it were not for drag.