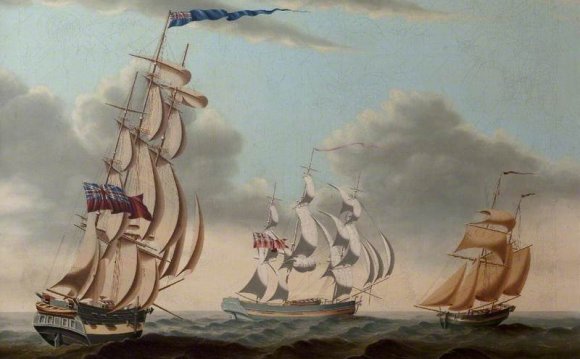 A Royal Navy frigate is closely shadowing a Russian warship which will be sailing through British oceans coming back from Syria.

HMS St Albans is tracking the Admiral Kuznetsov because it moves through English Channel, associated with the Pyotr Velikiy battlecruiser and a salvage tug.

In October, the Russian aircraft carrier was "marked every inch of the means" as it sailed from the coastline of Dover, on the way to take part in functions against Syrian rebels.

Defence Secretary Sir Michael Fallon said the warship, which can be in addition becoming checked by RAF Typhoon plane, had been a "ship of pity whoever goal has only extended the suffering of the Syrian men and women".

Image Caption: Admiral Kuznetsov (left) is going back to Russia after involved in the Syrian dispute

He added: "We are man-marking these vessels every step associated with the method across the UNITED KINGDOM as an element of our steadfast dedication to keep Britain safe."

A Navy representative said HMS St Albans had been cruising at a "respectful distance, but maintaining the Russian warships demonstrably visible".

"The motions of this Russian vessels are increasingly being continually supervised in a co-ordinated reaction involving the Royal Navy, RAF and our NATO partners."

He added: "As an area nation, the protection of the seas around our shoreline is a must and also this kind of task is routine business for HMS St Albans in addition to Royal Navy, which appears prepared at all times to safeguard British territorial waters."