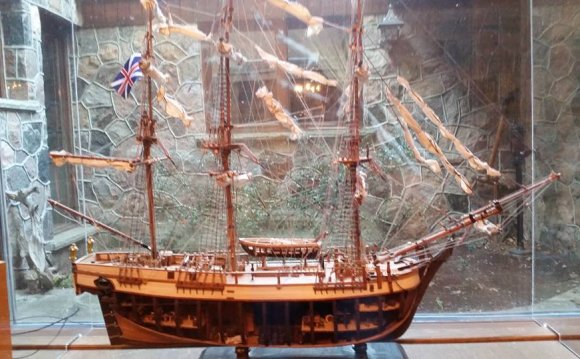 That is an outstanding museum quality type of the Royal Louis.

It was 100percent hand-built “plank on the frame” by the master craftsmen. This design is constructed of mahogany and teak. Stripes of rosewood were added to increase its unique price. Around the woman hull, you can see metal cannons, brass rails and fittings, a big metal figurehead at the bow, gorgeous artworks across the stern. In the deck, you will find stairs connected various floors; a big wooden dinghy that is included with its own paddles, sky light panel, ship wheel, ship bell, etc. The information are only amazing. It can take hundreds or even thousands of hours to create the hull in addition to riggings. The design includes its original French flags and remainder on a reliable wooden base with connected material name plate. This really is a unique edition of the Royal Louis, in which the design is uniquely identified by a laser cut hull serial number.